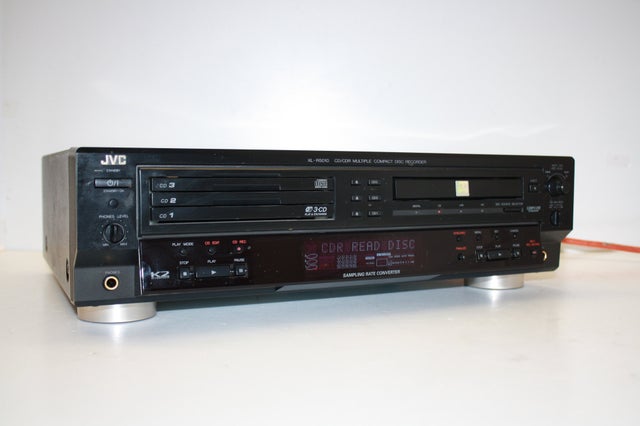 JVC XL-R5010 3CD+1CD-R/RW Player Recorder Changer No Remote. Tested - We can provide a digital copy of the 52 page manual, if you bring a USB drive. Has many features like pitch control, a mic input, and loads of mixing and conversion capabilities. This incredibly versatile XL-R5010 is also a dubbing deck. This deck is not for folks that don't read manuals as it is fairly complicated to record CDs. It has been tested and serviced recently by DALAUDIO. All functions can be accomplished without the remote, utilizing the "Jog Control" except for the obvious (remote control). Cash Sale No Holds, Call or text for pick-up.

Condition: The deck is in good working order. One items we noticed; the single CD/RW player recorder tray opens and closes much slower than the 3 CD drawers. We lubricated but found nothing wrong, no binding etc. It operated properly otherwise during testing. It is a different type of CD unit, so that may be normal. It records (digital and analog), and plays back as it should. Cosmetically the top cover has many scratches from other components. The face is rather clean, and shows well.

Features (Only the critical ones are listed)