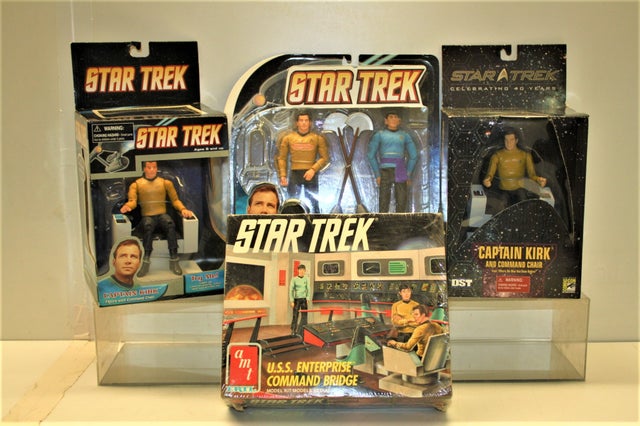 -2008 Diamond Select Captain Kirk and Spock from Series "Amok Time" Stardate 3372.7 - Spock overcome by Pon Farr goes to Vulcan to find T'Pring. According to Vulcan Rituals she selects Captain Kirk as her champion and he is forced to fight Spock to the death. Includes two figures and the fighting gear.