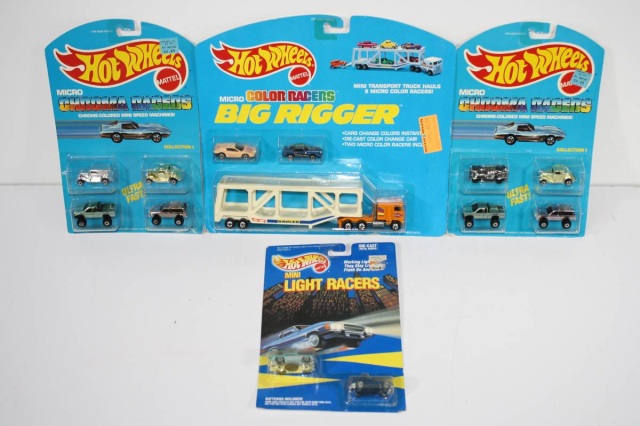 Hot Wheels Micro Cars - Chroma Racers , Color Racers , and Big Rigger Transport. All new sealed packages. These micro cars were quickly released and then discontinued by Mattel in the early 90s. They are becoming harder to find. The Big Rigger with Micro Ferrari and Porsche are Color Racers and are one of the rarest color racer packs. These change color with water. The Micro Chroma Racers are also getting harder to find. We have two Series 1 packs for sale. Finally the Micro or Mini Light Racers have a battery and real headlights. We have never opened these so the condition is unknown.